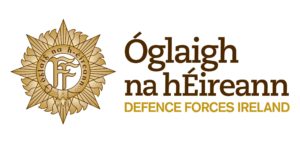 The Defence Forces (DF) are fully committed to the  principles and practice of UNSCR 1325, the Women, Peace and Security agenda, and the UN Secretary General’s Zero Tolerance on Sexual Exploitation and Abuse Bulletin (October 2003).

The steps taken by the Defence Forces to include a gender perspective are comprehensive. The Defence Forces employ a Gender Advisor in its Headquarters who is responsible for the overall education and implementation of a gender perspective in all military training and operations. Gender Advisors are also located in each Brigade and Formation and are responsible for overseeing that a gender perspective is implemented within their area of operations. All induction and career courses include a Gender Perspective Brief which includes material on gender equality, UNSCR 1325, Gender-Based Violence and Sexual Exploitation and Abuse (SEA).

Mandatory pre-deployment training features lessons on SEA which includes a UN video ‘To Serve with Pride’, and standards of behavior on UN, NATO and EU missions. Troops are provided with a Tac Aide Memoir on Codes of Conduct for Blue Helmets and a DF Code of Conduct. Pre-deployment training culminates in a ten day Mission-Readiness Exercise in which GBV scenario based training is incorporated. The training and education delivered by United Nations Training School Ireland (UNTSI) includes: Gender-Based Violence, Conflict Related Sexual Violence, the Implementation of a Gender Perspective into the Operational Planning Processes, and establishing specific gender-related functions for troops on the ground, such as training gender focal points (GFPs) prior to overseas deployment.

Adopting a gender perspective is no longer an optional add-on for the military commander, it is now an operational imperative. Security assessments, plans and analysis must include thorough considerations of women’s contributions to community resilience, sustainable peace, and local security. The framework of UNSCR 1325, a central pillar of which is ‘Protection, Relief and Recovery’, provides a policy background and helpful starting position for this approach. Women and girls, their needs, their participation, their experiences, their strengths and their voices are key to achieving sustainable and durable peace in countries ravaged by conflict and war. At all stages of the planning process and operations a gender perspective in peacekeeping is vital if interventions are to be relevant, effective and responsive to the needs of women and girls, boys and men.

Adopted in 2000, UNSCR 1325 recognises the adverse disproportionate impact of conflict on women and girls, as well as their role in conflict prevention, peace negotiations, peacebuilding and governance.

The resolution calls on member states and all parties to armed conflict to adopt a range of recommendations including:

The resolution has since become an organising framework for UN organisations and Peacekeepers, nation states and NGOS around the women, peace and security agenda, which focuses on advancing the components of resolution 1325. As of May 2016, 60 nations have created a National Action Plan on implementing UNSCR 1325.

Gender in Naval Operations in the Mediterranean Sea

Responding to increased numbers of people fleeing conflict across the Mediterranean, the Irish Navy has conducted an ongoing search and rescue mission in the region since 2015. Prior to deployment, gender focal point (GFP) training was carried out with 6-8 members of each ship’s crew. GFPs are briefed on their role and responsibilities under UNSCR 1325 and associated Security Council resolutions on Women Peace and Security. They receive information on Gender-Based Violence (GBV) and what to look out for when dealing with migrants, many of whom are vulnerable. They
are also given a brief to disseminate to the entire crew on the zero tolerance policy with regards to Sexual Exploitation and Abuse employed by the Defence Forces. The ship capacity must also take into account family units, wash facilities, sanitary needs and cultural/religious norms.